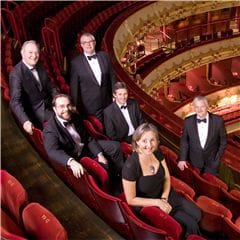 The Orchestra also gives occasional concerts, including a series of annual performances at the Royal Opera House with Pappano. The Orchestra has performed at worldwide venues including Birmingham Symphony Hall, Cadogan Hall, the Vienna Konzerthaus and on tour with The Royal Opera in Japan.