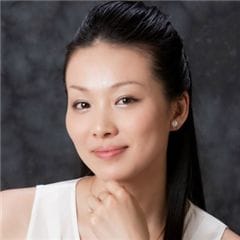 Ria Ideta was born 1982 in Vienna to a musical family. At the age of six, she began playing the piano and marimba in Japan. In 2001, she continued her studies at the Conservatoire Supérieur de Paris, finishing in 2006 with a first prize and a special jury prize. During her studies, Ria won the first prize at the International Marimba Competition in Paris. Ria has completed additional studies in Japan with Professor Yoshihisa Mizuno and in France with Prof. Eric Sammut and Prof. Emmanuel Séjourné.

Since 2003, Ria Ideta has taught master classes in many countries, including the 2005 Days of Percussion at the Berklee College of Music in Boston (USA). She was invited to be a jury member for the International Percussion Competition of Fermo in Italy and the International Marimba Competition in Paris. Ria regularly invited to such festivals as Musique à l'Emperi in Salon de Provence in France, Rolandseck International Music Festival in Germany performing chamber music with Emmanuel Pahud, Eric LeSage, Guy Braunstein, François Leleux, Franc Braley, Paul Meyer, Nabil Shehata and many others. In 2013 she performed a concerto with Das Sinfonie Orchester Berlin at Berlin Philharmonie and Hamburger Sinfoniker at Laeiszhalle. In 2014, Ria will perform with Japan Philharmonic Orchestra under Kazuki Yamada's conducting.

Since 2012, Ria has performed regularly with Kammeroper München. She is a guest professor at Heisei college of music at Kumamoto in Japan.